The University of Cambridge; a confederation of over 200 Colleges, Schools, Departments and other institutions, is one of the oldest and most prestigious centres of learning and research in the world. Today, as the University celebrates its 800th anniversary, it is also celebrating the completion of a multi-million pound project – the installation of the largest ever SIP-based Telephony system within the UK Higher Education sector.

In 2006, the University identified the need to replace its existing telephony system, which, having been running for 25 years was nearing the end of its useful life. With the need to satisfy over 16,000 telecommunications users, spread across over many different sites and buildings, the University’s Joint Telecommunications Management Committee (JTMC) knew that a project of this scale would be challenging. Martin Rowley, Telecommunications Manager at the University explained: “The three key drivers behind the project to upgrade our phone system were, first, the anticipated withdrawal of maintenance contracts covering the existing telephone system, secondly, the pressing need for additional capacity, and thirdly, the need for increased numbering range capacity. Since its installation in 1985, the telephony system had grown to three times its original size; it has served us well but was never designed to scale to the size of system that we now need.”

The new system was required to operate over the existing data network, ensuring that open standard applications and non-proprietary handsets can function as expected. The University wanted to achieve greater operational efficiencies and increase performance by capitalising on the benefits of voice and data integration as well as the introduction of VoIP technology.

Martin continued: “We knew that the project would be challenging and demanding, from both technology deployment and project management perspectives. We selected PTS Consulting as our IT Consultancy partner on this project as the in-house team just wouldn’t have been able to manage the running of the existing system and provide the level of project management needed to bring about the replacement of the entire telephony system. PTS Consulting had previously delivered consultancy advice to the University and had grasped the complexity of the system and the need to deliver hands-on management to make the project happen.”

Ian Lewis, Director, University Computing Service, commented: “With the communication needs of literally hundreds of institutions to satisfy, it was vital that this project ran smoothly. The challenge would be dealing with so many user groups, gathering their requirements and getting buy-in to roll-out the new system that would be split between 300 University buildings, from labs and libraries, to lifts and lecture theatres. PTS Consulting has highly capable Consultants that have considerable experience of the Higher Education sector, so engaging with them at the outset gave us a sense of vision and understanding of what we were capable of achieving. The PTS Consultants are the best in the market. This is why we selected them.”

The initial stage of the project required PTS Consulting to independently ratify the University’s telephony replacement strategy, and produce a business case that outlined the tangible project objectives. In order to gain a clear understanding of the telephone users’ requirements, and establish a roadmap for action, the PTS consultancy team worked as an integral part of the University Computing Service (UCS). During the project, the PTS team undertook a cost-benefit analysis, followed by a feasibility study of ‘replacement versus retention’ of the existing telephony network. The PTS consultancy team were able to formulate a set of feasible, sustainable and affordable options and recommendations for the University to move forward with, along with an outline project governance structure and budget.

Ian Lewis went on to say: “It is important to know where you’re going with a project like this. With PTS Consulting on board, we had a capable team in place that had a real sense of vision. After this stage, we had a clear budget and set of objectives and felt confident that we would be able to achieve the delivery of an end-to-end native IP telephony solution.”

Ian Lewis recalled that: “The competitive tendering process went very well. It was encouraging that we managed to set up a procurement process where the vendors were keen to bid. We found that we had a real chemistry with the PTS Consultants, since they are practically-based and they knew what needed to be done without losing sight of where we were going. They strengthened our team with a ‘can do’ attitude and intelligent viewpoint. I was particularly pleased that the annual cost to run the system will be reduced by an estimated £1million. As a result of such a successful procurement, we actually came in under budget, and the supplier made a profit, so everyone won.”

The IP Telephony platform, and handset technology selected, will deliver the additional capacity that the University was looking for as well as allowing the University to connect quickly to other SIP-enabled networks. A particular advantage is increased web-based functionality that allows users to dial numbers and pick up voicemail directly from their PCs via a simple interface. The reduced environmental impact of the new telephony system was also a plus point as power efficiency with the new system is much improved. Despite the size of the old phone system, only having the equivalent processing capacity of just one of the new IP handsets, it had consumed a significant amount of power. The University was delighted that the new system will deliver an overall saving in operating costs of £1 million per year.

In the final stage, PTS Consulting undertook programme planning, project management, and reporting of, the build and installation of the new telephony platform, including formulation of detailed migration plans for the: core system testing; handset roll-out; and, de-commissioning of the legacy system. The deployment project required 199 different work packages, scaling in size from the installation of just half a dozen handsets to several hundred.

Ian said: “Building a system of that size was an achievement in itself, but the next challenge was to get the deployment rolled out without affecting end-users. Progress with the roll-out of the handsets was very steady – at all times you could see the forward pipeline for the roll-out. The complexity of the deployment was pretty overwhelming and the PTS Consultants continued to make a significant contribution, which made a big difference to the project and went well beyond what we were expecting.”

During the project, the University also moved the Telecoms function from administration into the University Computing Service (UCS), the team needing to manage the transition of people at the same time as the telecoms roll-out.

Martin Rowley elaborated: “The PTS consultants did very well in the implementation stage. The knowledge that they built up of all the different institutions was impressive and they were able to interface with the many different departments at the University to gain their support in the roll-out operations. Since the Telecoms department also became part of the University Computing Service alongside this project, and the PTS consultants understood both IT and Telecoms, they were able to help us bridge the gap between the two different departments, so that the integration ran more smoothly.”

The telecoms billing and expense management was also something that required review by the PTS team. As part of the implementation programme, the University needed to make sure that the data that it held about its new system and end-users was complete and accurate. Thanks to PTS, the University now knows exactly what equipment it has and who uses it, so that it can manage accurate billing allocation centrally.

The University’s Joint Network Management Committee (JNMC) was very pleased with the outcomes and success of the project. All 16,000 handsets were deployed, with the roll-out completed under budget and three months ahead of schedule. The first half of the project also won the Cisco “Unified Communications Project of the Year 2008”.

Ian Lewis cited ongoing ease of management as a major benefit following the roll-out: “With the new telephony system, we no longer have to pay for Moves, Adds and Changes (MACS). Previously, we were charged by our supplier for every MAC, but with the IP handsets, we can move the phones ourselves. For example, shortly after the phone system install, the Department of Social Anthropology went through a building refurbishment and they were simply able to unplug the phones themselves and move them around the building to accommodate the refurbishment. It’s that simple.”

The key features of the project include

The three year IP telephony deployment project has been deemed a great success within the sector and the University of Cambridge now has a future-proof platform and modern facilities that reflects its reputation as one of the world’s greatest centres of learning and research. Professor Andrew Hopper, Head of the University Computer Laboratory and Chair of the Project Board commented: “This is the most well-managed project that the University has undertaken”

Martin Rowley, Telecommunications Manager for the University of Cambridge concluded: “The users at the University of Cambridge realised how challenging the project to deploy a new IP Telephony platform was going to be and have taken to the new system very well really. The handsets have given them everything they expect, and we have also been able to provide some value added features with the new system, such as the web-based interface for dialling and voicemail. I’m just very pleased to see it finished and I don’t think we could have done it without the help of PTS Consulting.” 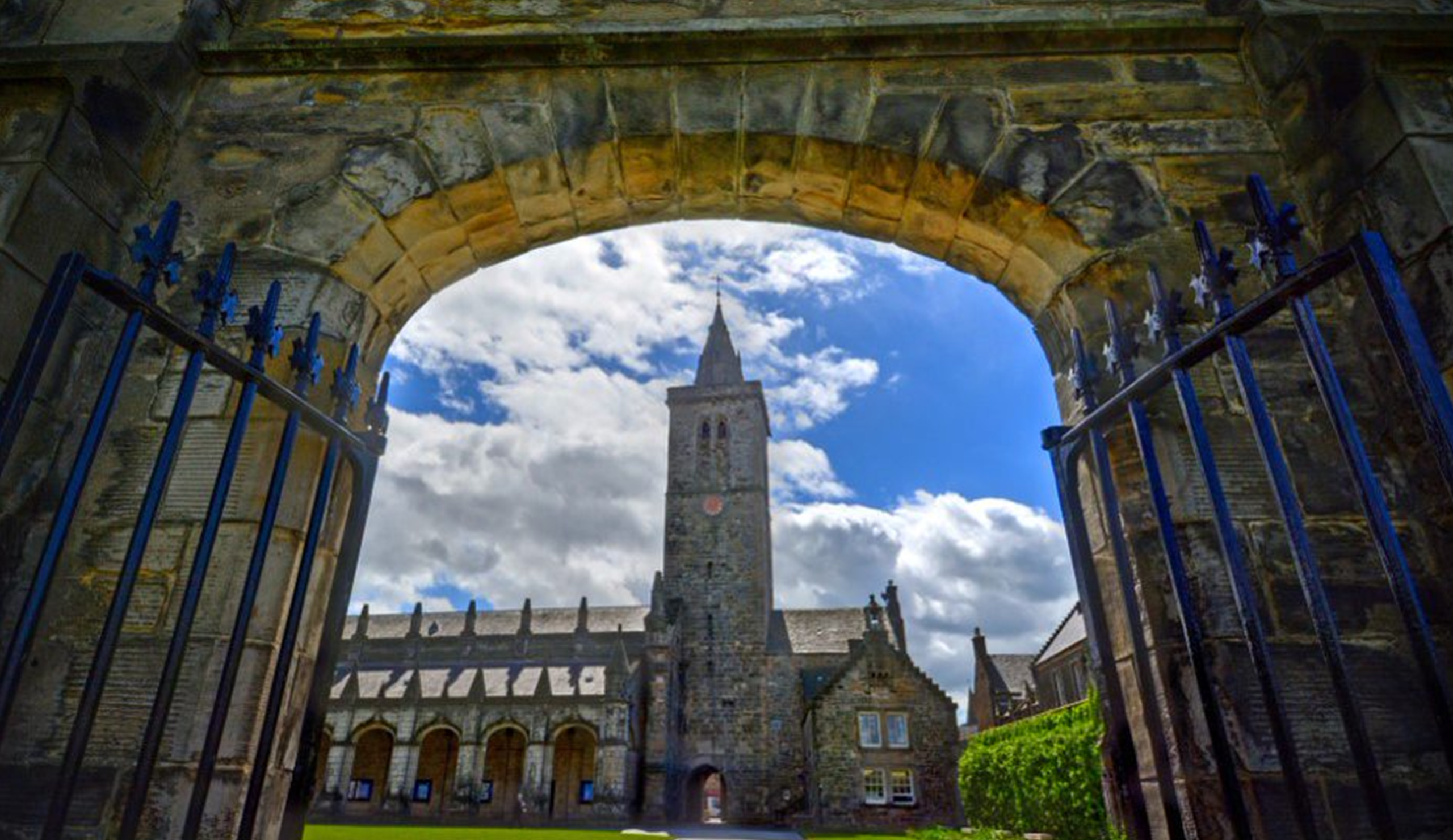